Dr. Yi Feng is the Vice President of R&D & Chief Strategy Officer at Sichuan Kelun Pharmaceutical Co Ltd. He previously served as a senior consultant of drug regulatory affairs at Covington & Burling LLP. Prior to that, he had held several leadership positions during his 17 years tenure at the CFDA Center for Drug Evaluation (CDE), including Assistant Director of the CDE and Deputy Director of the Office of the National Major New Drug Discovery Program Implementation. He also worked as an orthopedic surgeon after graduating from Fourth Military Medical University. Dr. Feng has accumulated profound knowledge and expertise in drug evaluation, laws and regulations. He has been involved in making regulatory and scientific decisions for the first approval of many drugs in China in various therapeutic areas. He has led or participated in drafting and formulating many laws, regulations and guidelines in China, and has had in-depth studies in the regulatory systems of Europe, the United States and other countries. He also led the effort to bring the concept of Good Review Practice commonly recognized by international regulatory authorities into China’s evaluation process.

Return to China Advisory Board 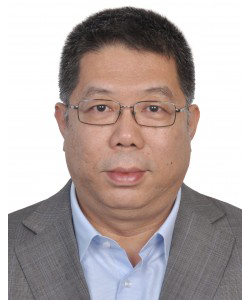