Seoul, Korea – December 2, 2015 –HUYA Bioscience International (HUYA), the global leader in accelerating drug discovery and development of biopharma innovation originating in China, recently opened its first Corporate office in Korea. This continues to build on HUYA’s overall strategy to be the partner-of-choice for innovative pharmaceutical companies in emerging centers of excellence worldwide. 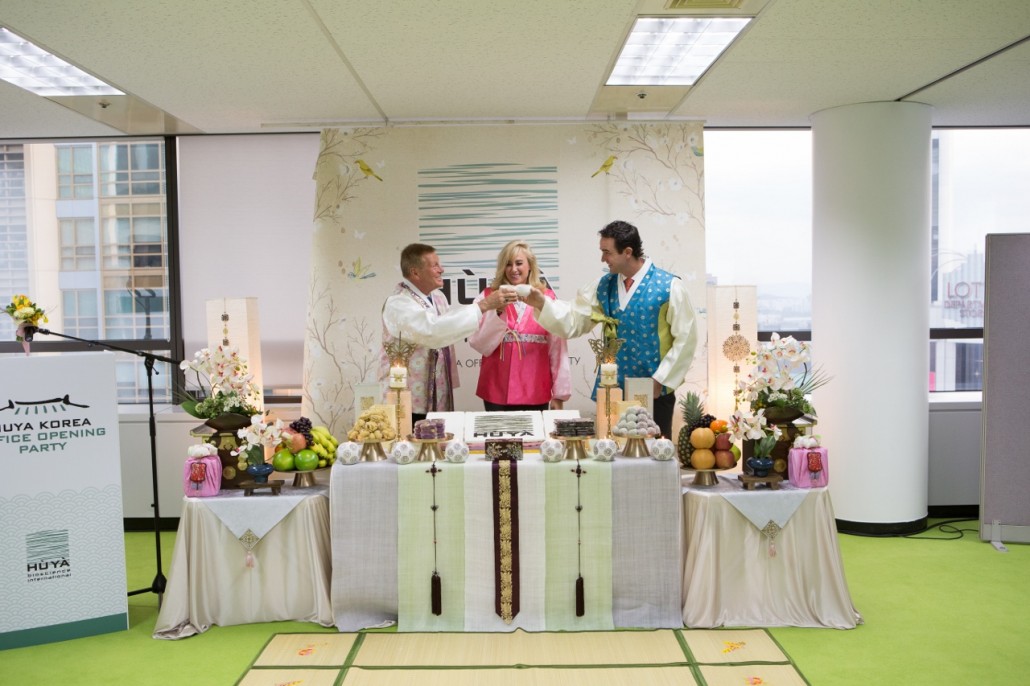 HUYA is bringing its proven business model to Korea – designed to accelerate drug development – by helping local companies initiate clinical trials and gain approval for new compounds. HUYA was the first company to leverage the Tripartite Cooperation Treaty between Korea, China and Japan to advance product development in Japan based on Chinese data.

The recent signing of an agreement between HUYA and the Korean Drug Development Fund (KDDF) will enable HUYA and the KDDF to form partnerships with local companies and research institutions to accelerate the development and commercialization of Korean- pharmaceutical discoveries for the global markets.

“Korea is an emerging center of biopharma research innovation, and we are excited to open HUYA’s new office in a location where talented Korean researchers are doing groundbreaking work,” said Mireille Gillings, Ph.D., HUYA’s President and CEO. “We look forward to collaborating with Korean innovators to raise Korea’s profile as a global center of biopharma innovation and make exceptional therapies available for patients.”

The new HUYA office in Korea is located in the World Tower Building in the Songpa-Gu District of Seoul, an area well established as a high-tech business zone in the city. Many Korean biopharma and biotech companies have headquarters in this area of Seoul.

In addition to its newly opened Korea office, HUYA has offices in the U.S., Japan, and eight strategic locations throughout China.

HUYA Bioscience International is the leader in enabling and accelerating the global development of novel biopharmaceutical product opportunities originating in China. HUYA has established extensive collaborations with Chinese biopharmaceutical, academic and commercial organizations to speed development and value creation in worldwide markets for China-sourced product candidates. With the largest Chinese compound portfolio covering all therapeutic areas, HUYA has emerged as the partner-of-choice for building and maximizing the value of biopharmaceutical innovation in China. HUYA has offices in the U.S., Japan and eight strategic locations across China, with joint headquarters in San Diego and Shanghai. With the largest team of scientists working with Chinese innovators, HUYA identifies and advances promising drug candidates globally. Earlier this year, HUYA was named the winner of a Stevie® Award in the Health Products & Services and Pharmaceuticals category in the Asia-Pacific Stevie Awards and HUYA CEO Dr. Mireille Gillings won a Gold Stevie Award in the “Woman of the Year, Health Products and Services & Pharmaceuticals” category at the 2015 American Business Awards. For more information, please visit www.huyabio.com